France will finalise World Cup against Argentina in the best possible final. 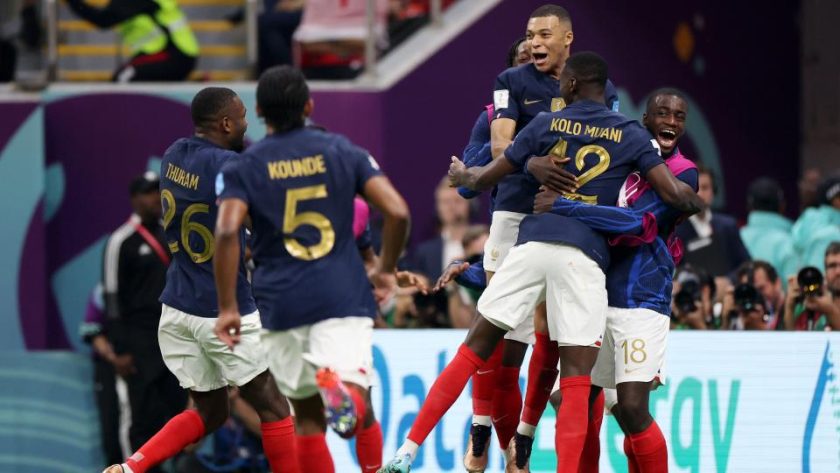 In the second match of the World Cup semi-finals, France went into the match with total favourites against Morocco, who were still betting on defensive consistency to dream of an unprecedented place in the great final.

France’s starting line-up featured no surprises, but the Moroccans opted for a 5-4-1 formation to avoid any gaps in manager Didider Deschamps’ attacking armoury and gave up possession early on.

However, one of Morocco’s biggest qualities at this World Cup proved fragile with the new tactical formation: disorganisation in defensive transition, with players falling out of automated roles during the World Cup.

With only five minutes on the clock, Antoine Griezman set up the fatal move and Théo Hernandéz followed with total freedom down the left side, with time to set up the ball and hit it firmly to open the scoring quickly.

In this fatal move, Griezmann came on as a second striker to receive Varane’s pass, breaking lines for Mbappé to occupy his space as a midfielder. Mbappé, who brought the marking of Morocco’s players, eventually occupied the space left by the top scorer.

Morocco quickly returned to the 4-5-1 system to strengthen the midfield and improve defensive transition. At the same time, France gave up possession to rely on defensive solidity.

Olivier Giroud missed two gilt-edged chances against England and was disappointed against Morocco. Tchouaéni, however, was the highlight of the first half, disrupting the opposition’s attacking play and proving decisive in one-on-one situations.

France continued to press down the left flank in the second half, but this time they were denied several opportunities by the Moroccan forwards, who failed to capitalise on their chances.

Nervousness surrounding the unprecedented semi-final and going behind on the scoreboard certainly hampered Morocco’s concentration in this match. However, manager Deschamps interrupted the opposition pressure when he deployed Thuram, leaving Mbappé further forward, eliminating the problem in defensive transition in the 4-1-4-1.

Contained, in the best chance of attack throughout the second half, France once again demonstrated their technical quality in the play set. Mbappé dribbled past the marking on the left and inside the penalty area to find Randal Kolo, with space, to finish on his first touch on the ball.

France’s defence in depth with six or seven players is a model for world football, as even without control of the midfield, the French are unforgiving when opportunities arise.

There has been a drop in France’s performance in the knockout stages of this World Cup, but their favouritism for the final against Argentina remains the same.