Paris Saint-Germain striker Mauro Icardi has been linked with a move to Tottenham Hotspur ahead of the summer transfer window. 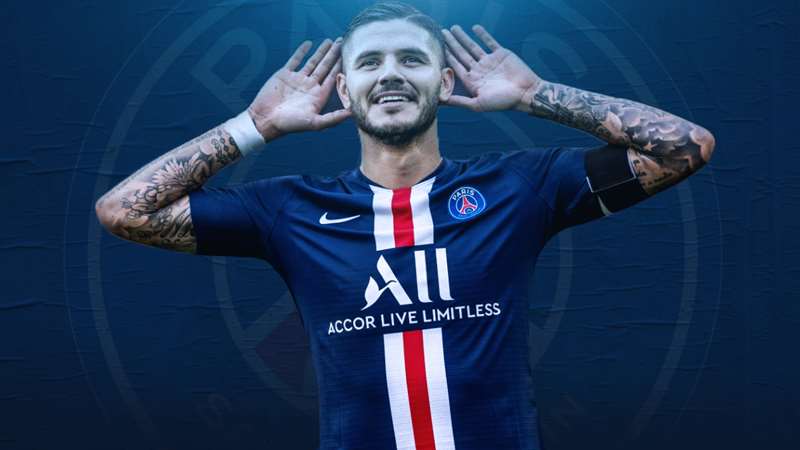 Mauro Icardi, 28, joined Paris Saint-Germain from Inter Milan in 2019 on loan with an option to buy, before the Ligue 1 powerhouse made his move permanent for €57m last year. He enjoyed tremendous success in his first season at Parc des Princes, winning the Ligue 1, Coupe de France and Coupe de la Ligue, whilst reaching the Champions League final.

Regardless of an injury-ridden campaign, the Argentinean striker has managed to register 12 goals and six assists in 26 games across all competitions. But he has dropped down in the pecking order under Mauricio Pochettino, who is willing to let go of Icardi if PSG receives a fee in the region of €35-40million this summer.

Harry Kane could leave Tottenham at the end of the season

Star striker Harry Kane has been linked with a move away from Tottenham. The England captain is ready to quit the Tottenham Hotspur Stadium to fulfill his ambition of winning trophies at club level should the north London club fail to qualify for the Champions League.

Tottenham were leading the Premier League table back in November, but they saw their form dip over the winter. Soon, cracks started to develop in the squad, with Jose Mourinho becoming critical of some of his players.

After Spurs had picked up just two points from three league games, and were eliminated from the Europa League Round of 16 in March, Mourinho was eventually sacked in April—just a week before the north London club’s encounter with Manchester City in the Carabao Cup final.

As things stand, Spurs have an outside chance of making the top four but they’ll have to be reliant on teams above them dropping points. Should they fail to secure Champions League qualification, there are genuine chances of Kane leaving the Tottenham Hotspur Stadium, with both Manchester clubs heavily linked with the English goal-machine.

Should Spurs make a move for Mauro Icardi?

While speculation over Kane’s future at Tottenham remains rife, it is believed that the north Londoners will not exercise the option of signing Carlos Vinicius permanently from Benfica, which could potentially leave them without a recognised striker ahead of the new season.

Thus, Spurs’ interest in Mauro Icardi makes sense. Icardi has been a prolific goalscorer in his career, having represented clubs such as Sampdoria, Inter Milan and Paris Saint-Germain so far. He has netted 167 goals in 312 club appearances, which is quite impressive for a striker who is now enjoying his prime years.

The Argentinean international has decent experience playing in Europe and his excellent goalscoring record should potentially make him an absolute gem of a recruit for Tottenham. The 28-year-old’s instinctive goal poaching and ball-holding qualities could add another dimension to Spurs’ attack.

Having said that, Spurs completing a deal for Icardi would improve their attack massively next season as the north Londoners look to come back stronger next season. Losing Kane would be a huge blow for Spurs and while Icardi cannot be termed as a like-for-like replacement for the English striker, Spurs will at least have a bonafide goalscorer in their ranks if they manage to acquire the PSG poacher’s signature.