Crystal Palace are leading the transfer race for out of favour Leicester City winger Demarai Gray. 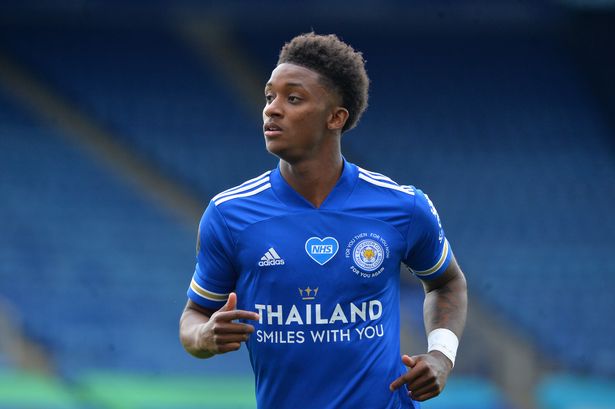 Demarai Gray, 24, has played just once in the Premier League so far this season, with the winger coming on as a substitute in the 1-1 draw with Crystal Palace in December. Leicester City boss Brendan Rodgers has preferred the likes of Harvey Barnes, Ayoze Perez, Marc Albrighton and on-loan Cengiz Under on the flanks ahead of the 24-year-old.

Gray, who has also attracted interest from AS Monaco, Benfica and Bayer Leverkusen, was left out of Leicester’s squad for the FA Cup victory against Brentford on Sunday. The former England Under-21 forward’s contract at the King Power Stadium expires in the summer and the club wants around £1.8m to sell him in this transfer window.

Meanwhile, Crystal Palace have endured a mixed season so far as they presently find themselves 13th in the table. The Eagles have won just once in their last five league games and their sudden loss of form has seen them drop to the bottom half of the table.

On the whole, Roy Hodgson’s side have found goals hard to come by, with just 22 goals scored in 19 games. These numbers are simply not good enough for a side that boasts of the likes of Wilfried Zaha, Jordan Ayew, Christian Benteke, Andros Townsend, Ebe Eze and Michy Batshuayi in the forward department.

Crystal Palace have tried addressing their problem of scoring goals with the signing of Jean-Philippe Mateta on an 18-month loan deal from Mainz. Mateta has scored seven goals in 15 Bundesliga appearances for Mainz this campaign and Hodgson will hope the French striker hits the ground running in the Premier League.

Apart from scoring goals, the lack of creativity also stands as a concern for Hodgson’s Eagles. The attacking unit has failed to deliver on many occasions and Hodgson must further reinforce the squad with suitable options.

Demarai Gray could be a smart signing

Thus, Palace’s interest in Gray makes sense. A product of Birmingham City’s academy, Gray joined Leicester City back in 2016 and won the Premier League title under the tutelage of Claudio Ranieri. Despite making 133 league appearances for the Foxes, the English forward hasn’t really lived up to his huge potential.

The 24-year-old has made just two first-team appearances for Leicester in the ongoing campaign which clearly shows that he’s way below down the pecking order under Rodgers. Having said that, the time is right for Gray to leave the King Power Stadium for Crystal Palace to reinvigorate his career.

In Gray, Palace would get a speedy, agile winger who can play on either wing. He is tricky, unpredictable and can give the defenders a tough time with his dribbling skills. With Palace struggling for goals, the former England U-21 international would add a different dimension and improve the overall quality of Hodgson’s attack.

At the age of 24, Gray has enough time to revive his stuttering career under Hodgson’s watchful eyes at Selhurst Park. All things considered, he could turn out to be a smart signing on a cut-price deal for the Eagles.