Erling Braut Haaland will be thrust into the action when Borussia Dortmund lock horns with PSG in the last 16 of the Champions League. The Bundesliga club managed to beat competition from a host of Europe’s top clubs to sign the highly-rated Norwegian teenager Haaland dazzled for Salzburg during the group stage of the Champions League, but they could only finish third in Group E and they failed to qualify for the last 16. However, players are no longer cup-tied in the tournament if they have played for another team that season, so Haaland will get his first taste of knockout stage Champions League action next month.

Dortmund did well to finish second in a difficult group that also contained Barcelona and Inter Milan. They are still in the hunt for domestic glory, as perennial Bundesliga champions Bayern Munich are struggling somewhat this season, and Dortmund fans were given another boost when the club captured Haaland’s signature. The 19-year-old was one of the most coveted players in world football and they have pulled off a real coup in luring him to Germany.

A Star is Born

Haaland was Molde’s top scorer in the 2018 season and then he joined Red Bull Salzburg in January 2019. He helped them win the league title and then he won the Golden Boot at the FIFA Under 20 World Cup in the summer, which led to him being heralded as a superstar of the future. Europe’s top clubs were alerted to his tremendous potential this season as he became only the second teenager to score in each of his first three appearances in the Champions League, after Karim Benzema.

He had a release clause of just £18 million in his contract at Salzburg and the likes of Juventus and Man Utd were trying to sign him. However, Haaland rejected an offer of £170,000 per week to move to Old Trafford, and instead accepted just £100,000 per week to go to Dortmund instead. He was promised a central role in an ambitious team that qualifies for the Champions League every season, so the move makes sense. The likes of Jadon Sancho have flourished since moving to Dortmund, and the prospect of Haaland linking up with the exciting young Englishman is exhilarating.

Dortmund reached the Champions League final under Jurgen Klopp in 2013, but they have not repeated the feat since then. They have not won the Bundesliga since 2012, and they are not exactly considered to be European heavyweights. Some commentators claim Dortmund represents the perfect stepping stone for Haaland as he plots a career trajectory from Salzburg to Madrid or Barcelona. However, they are certainly in with a chance of securing silverware this season.

They trail Bundesliga leaders RB Leipzig by 17 points, but it has been a bizarre campaign and they could yet win the title. They may also feel quietly confident of challenging for the Champions League. Dortmund is a clear underdog against PSG in the Champions League markets at leading sportsbooks listed at Sportsbook Review, but they have the quality to pull off an upset. The Parisians have extremely deep pockets and they dominate Ligue 1, but they have always flattered to deceive in Europe.

Dortmund boasts some of the best midfielders in the world of football. Axel Witsel and Thomas Delaney offer steel and great technical ability, while Marco Reus is a creative genius. Sancho and Julian Brandt are two of the most exciting attacking midfielders in the world, and the likes of Mario Gotze, Thorgan Hazard and Raphael Guerreiro offer great depth. Paco Alcacer is a decent striker, but in Haaland, they now have a potential world-beater to lead the line. 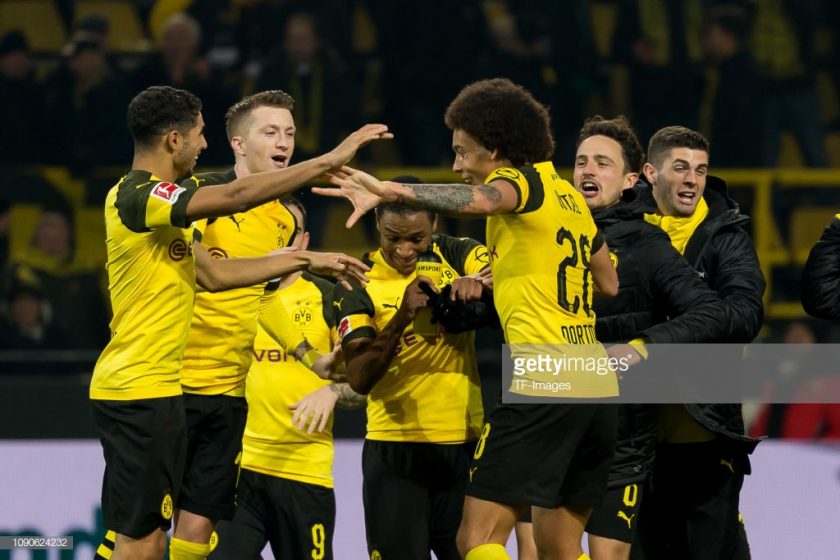 Question marks remain over the defense, where Mats Hummels appears to have lost a yard of pace, but they have the quality to blow teams away going forward. Haaland is worth a lot more than the £18 million he moved for, and he could form a devastating duo with Sancho. PSG are strong in every department, but they seem to be unprepared for stiff competition in Europe, perhaps as they saunter to victories so easily in France, and Haaland could be the man to punish them in 2020.