The Red Devils are looking for more reinforcements in the transfer window. 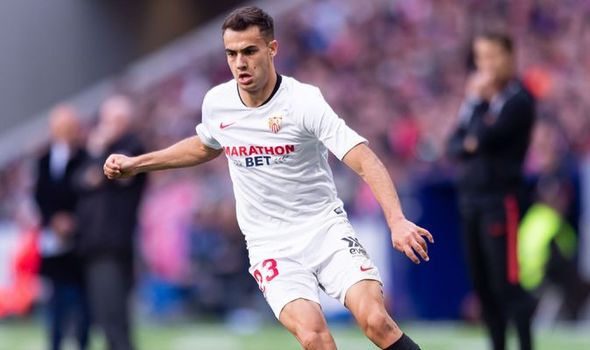 According to Manchester Evening News, Manchester United are looking for three more signings in the transfer window and are not done with the signing of Donny van de Beek alone. The Red Devils have been put under the scrutiny of late after showing little ambition in the transfer market. However, Ole Gunnar Solskjaer looks to prove it wrong as the Norwegian is looking to strengthen three positions ahead of next season.

Jadon Sancho remains a long-term shot for Manchester United but the progression has halted after Borussia Dortmund demanded a huge fee for their star ace. Nonetheless, United want to bring reinforcements to three more positions.

The left-back slot has been currently occupied by Luke Shaw and Brandon Williams but Solskjaer is thinking of strengthening the positions. Real Madrid-bound Sergio Reguilon has surfaced on the radar of Man Utd lately and no wonder if he ends up at Old Trafford. The young Spaniard had impressed on his loan spell at Sevilla, who ended up as the winners of Europa League last season.

Manchester United are also said to be keeping tabs on Ukrainian left-back Mykolenko, who plays for Dynamo Kyiv.

United are also said to be in the lookout for a striker, who could play second fiddle to Anthony Martial. They are also looking to offload Odion Ighalo to his parent club Shanghai Shenhua.

Lyon forward, Moussa Dembele and Bournemouth’s Joshua King were recommended for the role, only to be rejected by Solskjaer.

United could miss out on the English winger but have sorted out some of the replacement options. Douglas Costa is running high on the wishlist as United have submitted an offer worth £27m. Bournemouth prospect David Brooks is another option and could be available for a relatively lower price given that the Cherries will play in the Championship next season.

United want to add a defender to their ranks while they are ready to get rid of Phil Jones, Chris Smalling and Marcos Rojo.

RB Leipzig centre-back Dayot Upamecano is understood to be an option for Man Utd and the French defender is one of the exciting prospects in Europe. The 21-year-old recently made his debut with France national team in the UEFA Nations League against Sweden.