The duo is the latest addition to Jose Mourinho’s squad. 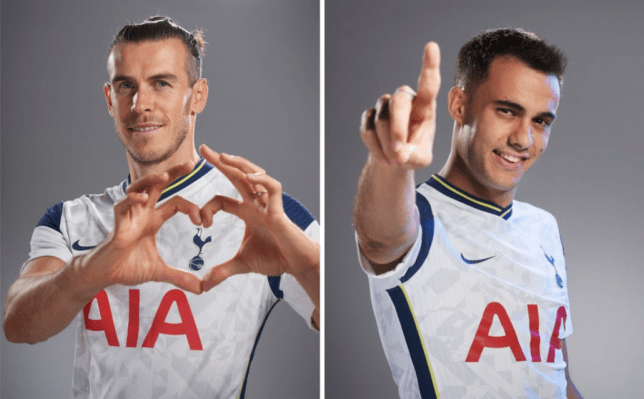 Tottenham have completed the signings of Gareth Bale and Sergio Reguilon from Real Madrid, with the former one arriving on a season-long loan. Reguilon has signed a five-year deal with the North Londoners for an anonymous transfer fee.

Spurs have beaten the likes of Manchester United to sign the Spanish left-back. The Red Devils were keen on signing Reguilon before halting their pursuit owing to Real Madrid’s buy-back clause.

The 23-year-old was impressive on loan at Sevilla last season, helping them win the Europa League title. It also led to his debut with the Spanish national team in UEFA Nations League.

“I think that I’m coming to the best and most difficult league in the world. I’m excited about this adventure. I think that I can bring joy and energy to the team with my style. The manager knows my game, my pros and cons, and that’s why he brought me here. I’m happy, and I feel the responsibility to pay back on the field the confidence that Tottenham, the coach and Mr Levy have put in me.”

Bale also looks excited about his return to his former Spurs after having been frozen out at Real Madrid for a while. The Welshman spent around six years at Spurs before he sealed a record move to Santiago Bernabeu.

“Hopefully, now I can get some match fitness, get under way and really help the team and, hopefully, win trophies.”

“I always thought when I did leave that I would love to come back.”

“I feel like it is a good fit. It’s a good time for me. I’m hungry and motivated. I want to do well for the team and can’t wait to get started.”

Bale also insisted that he would bring the winning mentality to Spurs.

“Hopefully I can bring that to the dressing room, bring a bit more belief to everybody that we can win a trophy, and the target is to do that this season, to be fighting on every front possible. I want to bring that mentality here, back to Tottenham.”