Spurs have the option to sign the Brazilian on a permanent deal. 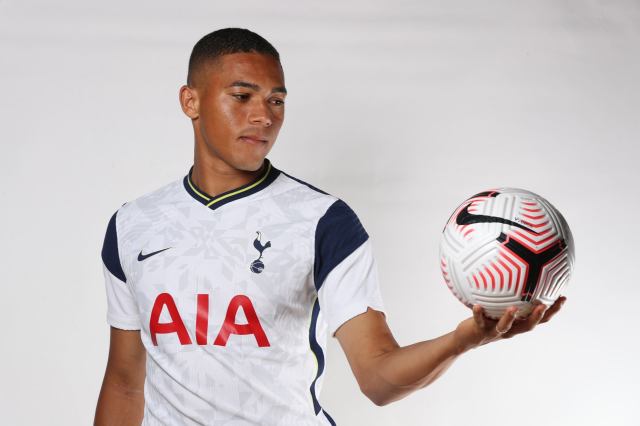 Tottenham have reportedly completed the signing of Benfica striker Carlos Vinicius on a season-long loan. Spurs will pay a loan fee of €2.5m while they have the option to sign the Brazilian permanently for £41m.

The 25-year-old could be a relief signing for Spurs manager Jose Mourinho, who had been desperate for signing a new striker in the transfer window.

Spurs have also been linked with a plethora of strikers including Alexander Sorloth, Callum Wilson, Danny Ings, Arkadiusz Milik, but all were to no avail.

Following the win against Chelsea in EFL Cup, Mourinho was optimistic about Spurs signing a new striker, and it has now proved to be true.

“I am optimistic but more than that the feeling that I like is that we are trying everything to do it.”

“You succeed or you don’t succeed. It’s like a football match: you win or you don’t win but you give everything and try everything. The transfer market is the same.

“I like the feeling that my club is trying to do everything for us and for the team, that’s the most important thing for me.”

Vinicius joined Benfica from Napoli last year after subsequent loan spells with Rio Ave and As Monaco. The Brazilian went on to become the league’s best striker as goals galore in his debut season. He ended up accumulating 24 goals and 13 assists in all competitions while winning the Liga Nos’ top goalscorer award.

The 25-year-old has also been linked with Serie A giants Inter Milan and Juventus following his stellar season in Portugal.

Vinicius said on signing for the North London outfit.

“I want to say to everyone that together we will taste success. I’m here to join this family to share your joy and bring home some silverware.”

Although Vinicius has been bought with the view of being a back-up for Harry Kane, there are possibilities that both can work in tandem.

If Mourinho opts for a two-striker system, Kane and Vinicius would be a perfect fit.

The Portuguese manager has previously tried Lucas Moura and Heung-min Son in the No.9 role during the absence of Kane, but none could produce even lesser impact.

Spurs have been productive in the transfer window as they have added a handful of new faces to the squad. Prior to the signing of Vinicius, Spurs raised everyone’s eyebrows by signing the Real Madrid duo of Gareth Bale and Serge Reguilon.