The Ousmane Dembele saga at Barcelona seems to be reaching a tame conclusion with the Spanish giants running out of patience. Barca have apparently grown tired of waiting for the Frenchman’s decision and are now contemplating sending the player to the stands. 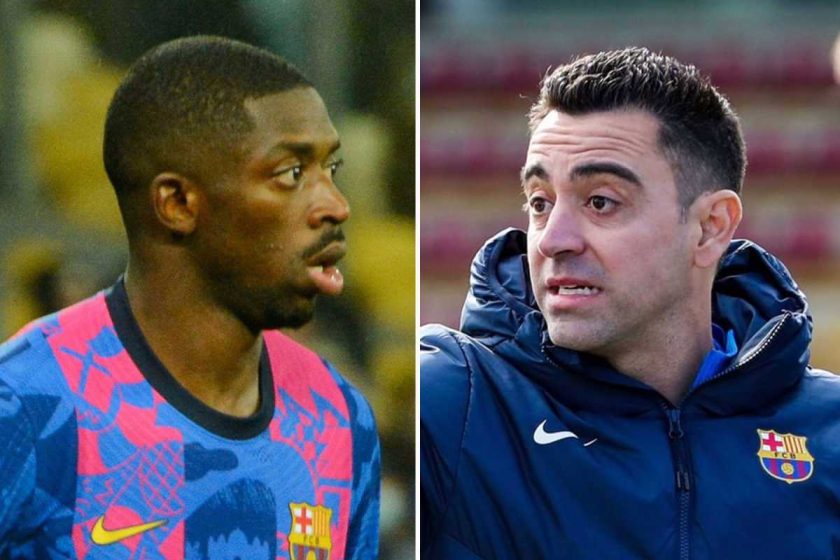 What is the player said to be demanding?

Many reports have indicated that a total agreement had been reached between the club and the winger but everything changed after the Blaugrana completed the signing of Ferran Torres from Manchester City for a fee of €55 million. It is understood that on the day of signing, Dembele’s agent Moussa Sissoko decided to shake things up and put forward extraordinary financial demands in front of the Catalan giants.

Dembele is said to be demanding a contract worth €200 million across 5 years with a €20 million signing-on bonus for both, the player and the agent. These demands were immediately shot down by the former La Liga champions. Barcelona though decided to keep the same offer on the table but gave the player time to think about it. The feeling at the club is that this situation must be resolved before Barca take the field against Athletic Bilbao, in their Copa Del Rey fixture on Friday.

What exactly has transpired between the player and the agent?

Many sources have also understood that Xavi was one of the very few who supported Dembele, publicly as well as privately. The player is said to have told the 41-year-old that he wants to stay at the club on more than one occasion but his failure to sign the contract despite being in talks with the Blaugrana for over 5 months seems to have worn Xavii’s patience out.

In the press conference ahead of Barca’s CDR clash against Athletic club, Barcelona boss Xavi addressed the contractual situation of Ousmane Dembele. The 41-year-old did not mince any words and was blunt in saying that the club will look to find an exit for the 24-year-old, should he fail to renew.

“The message is clear. Ousmane Dembele has to sign a new contract or we find a way to sell him in January. No other way.”

“What I can say is that we are making a difficult decision. If he does not renew, the club has decided that they will make a decision. We have waited a long time, we have been in talks with him for five months. Either he renews or a solution is sought.”

A few days back Dembele’s agent accused Barcelona of mistreating Dembele after his return from COVID-19 isolation.

Dembele was played straightaway after he finished his COVID-19 isolation. The player’s agent questioned this approach.

“Everyone talks about money. But it’s not only money for us,”

“Also the management with the player day to day is very important. How can he play right after getting Covid without even training?”

Manager Xavi responded to this statement by simply stating that the player never expressed his desire to leave the club or at any point, his unhappiness with how he was being treated.

Xavi has always defended Dembele in public but it seems that with the player not putting pen to paper, the 41-year-old is running out of reasons to back him. You would think that Barcelona is in the right in this saga, given that the player has spent a touch over 2 years of his existing contract out injured and has already missed 16 games this season.

The former La Liga champions will hope to clear this situation before tomorrow’s fixture. However, it looks likely that the player will leave and only a miracle will convince him to accept the current offer.