Ronald Araujo has been the best player for Blaugrana this season. The Uruguayan defender has established himself as the backbone of the Barca backline. Araujo has been a regular feature in Xavi’s XI and barring injuries, the 22-year-old has managed to break into the former legendary midfielder’s XI on a consistent basis. 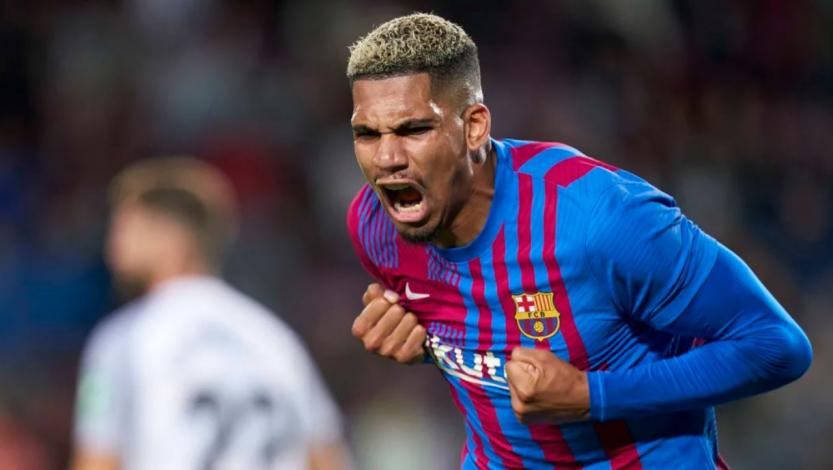 Despite fracturing his hand last week and getting operated upon for the same, Araujo featured in the Barca XI that took on Real Madrid in the Spanish Supercup semi-finals. The 22-year-old was arguably the best player on the pitch for the former La Liga champions and his ability to stop Vinicius Jr. was noteworthy. In fact, leading up to the game, Xavi disclosed that only Araujo, in his opinion, could stop Vinicius Jr. and the Uruguayan defender did not disappoint.

Araujo has established himself as a reliable component of the Barca backline since the start of last season and has been unlucky when it comes to dealing with recurrent injuries. The defender though has shown no signs of slowing down even in his comeback games. With that said, the 22-year-old’s contract runs out in the summer of 2023, and Barcelona are said to be more than willing to reward the center-back with a new contract.

Ronald is also one of the lowest earners in the Barca ranks and that is likely to change, sooner than later.

About his contract extension

Reports have been emerging from Spain indicating Real Madrid’s potential interest in snapping up the defender on a Bosman next year. The player’s agent though has clarified the reports and has reiterated that the player is happy where he currently is and intends to continue at Barca.

“Ronald is a Barcelona player, he has a year and a half left on his contract.

“I don’t give any weight to rumors of Real Madrid’s interest. He is very happy in Barcelona and wants to continue there.”

Ronald Araujo has managed to gather interest from England apart from Madrid (as per reports). The likes of Liverpool and Chelsea are said to be interested in signing the former Boston River man. Chelsea in particular could look to take advantage of Barca’s current financial situation and tempt the Spanish giants into selling Araujo next summer. The Blues are on the verge of losing Antonio Rudiger and Andres Christensen on a Bosman next summer and will be looking to keep backups ready, in case their efforts to extend the duo’s stay at the club fail.

At Liverpool, Araujo has been viewed as the potential long-term replacement of Virgil van Dijk and that is enough to justify their interest. Araujo, in many ways, is similar to VVD and could be a good fit in Jurgen Klopp’s system.

How far have the contract extension talks progressed at Barca?

As per various reports, Barca were in talks to extend Araujo’s contract last year but Ronald Koeman’s sacking and Xavi’s arrival into the mix put a temporary halt to the extension talks. The club is said to be willing to resume talks with the player and his agent, who are said to be more than willing to reach an amicable agreement. The player is not said to be demanding crazy financial figures but wants to be financially respected by the club as he is one of the lowest-paid players at Barca.

Do you see Araujo extending his contract with Barcelona?