Sevilla have won their fourth Europa League cup in recent years. The Spanish side defeated Inter Milan in a five-goal thriller to claim the trophy. 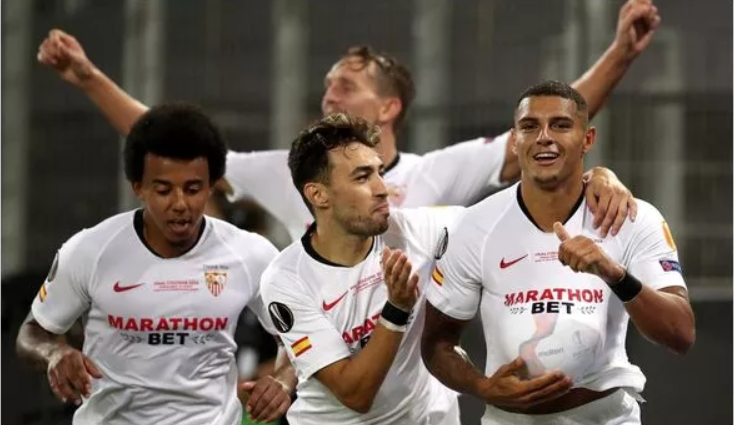 Julian Lopetegui won his first trophy as a Sevilla manager and Antonio Conte now has wait longer for his first silverware at the club. Both teams did not create many chances but Sevilla made the most out of their chances to win the game. The likes of Navas and Banega managed to show their class and experience to help this Sevilla team. While for Inter both Lukaku and Martinez failed to have make an impact and team struggled to create chances.

Antonio Conte’s introduction of Eriksen, Sanchez and Moses was late in the game. The trio took some time to settle in the game and by that time the game was over. Inter’s defensive vulnerability was exposed again while Sevilla showed conviction in attack and determination in defence.

The first half between Inter and Sevilla was full of drama. Inter opened their account through a Romelu Lukaku penalty after Roberto Carlos had fouled him. The Belgian made no mistake from the spot and it looked like the Italians may run away with the game as they did against Shakhtar Donetsk.

The Spanish team increased the tempo of their passing and Inter were struggling to cope with it. De Jong converted a superb cross from Navas to level the game. Both teams then scrambled for possession as neither Handanovic nor Bono were really troubled. Los Nervionenses took the lead from a free kick as De Jong headed Sevilla in front 2-1.

However, their joy was short lived as almost within a minute Inter were back on level terms. Diego Godin headed in a Marcelo Brozovix free-kick to make in 2-2. Sevilla had a chance late in the first half as an Ever Banega free-kick was met by the head of Lucas Ocampos but Handanovic saved it.

The second half wasn’t as exciting as the first one. Both the teams struggled to have possession or create good chances. Romelu Lukaku had the best chance of the game for Inter. He was in a one on one situation with Bono but the Belgian failed to give Inter the lead.

The Serie A giants did manage to have some possession as Sevilla looked tired and dropped their intensity. Despite this, they struggled to create any meaningful chances and Bono was hardly troubled. Inter conceded there the second goal through a set piece and Sevilla were once again awarded a free kick in a good area. Ever Banega swung in the ball which was not properly cleared by Inter.

Diego Carlos got the chance to shoot a bicycle kick, which was actually going wide but Lukaku in an attempt to stop it turned it into his own net. After that Inter tried but never looked comfortable on the ball. The Spanish side were defending deep and making it difficult for Inter to create chances. Antonio Candreva had a good chance but it never really materialised into anything. After that six minutes were added on but it never looked like Antonio Conte’s side would score an equaliser.

Luke De Jong who scored a brace for Sevilla said that his team’s togetherness helped in winning the trophy despite tough times.

He said,” It’s incredible, we had such tough games I think all tournament but we played as a team and you can see during the tournament we were like a team, like a family, we worked together”.

While his manager Julian Lopetegui said that winning this trophy with Sevilla is very special to him.

He said, “It is always very special to win one cup and at this moment for us, for me, for all the club and for the fans it is very special and we are very happy”.