At the start of the season, the Europa League might not have been the competition where Antonio Conte would have wanted his new club Inter Milan to be in. Yet they are in the Europa League and the Italian would definitely want to some silverware in his first season in charge at the club. In his quest for a European club, Conte’s Inter will face Ukrainian side Shakhtar Donetsk. 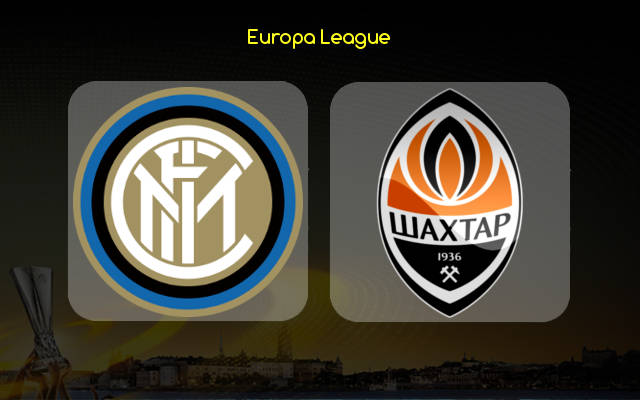 The Ukrainian side are famous for singing Brazilian players where they make a name for themselves. Shakhtar have been a surprise pack this season in the Europa League where they have beaten the likes of Basel, Benfica and Wolfsburg to reach the semi-final. Though Inter are the favourites they can’t underestimate Shakhtar’s capability of pulling an upset.

The Nerazzurri will be without Alexis Sanchez who has been in great form for the Italians. The former Arsenal forward was on loan from Manchester United and now he has permanently sealed his move to San Siro. Matias Vecino will also miss the game as he is yet to recover from a knee injury. Romelu Lukaku has been in brilliant form for Inter this season scoring 31 goals, Conte would be hopeful that the Belgian can pull his team through to the final against Shaktar. While on a personal level for Conte the Italian will receive a hefty bonus from Inter owners if the Nerazzurri win the Europa League.

Davit Khocholava will be back for Shakhtar after he missed the previous game against Basel due to suspension. Though Inter are the favourites for the game but this new format has made it easier for the usual non-favourite teams to compete for head to head with the favourites one. Luis Castro’s side will definitely find it easier to compete with Inter in a single game over two legs.

This will give them the belief that they have a chance of reaching the final and pull an upset. They have good Brazilian players like Marlos, Taison, Alan Patrick, Marcos Antonio and Junior Moraes. These players can definitely trouble Inter’s defence and Marlos and Taison are experienced players which could come in handy for the Ukrainians.

In their Europa League campaign, Shakhtar have often shown that they are capable of holding their position even if they are outplayed. Though in Inter Milan they will face an opponent whose quality can’t be matched by the teams they have faced.

Despite this, if they are able to ride the storm that Inter will throw at them during the game, the Nerrazuri will be in trouble. Antonio Conte’s teams are known for their defensive sturdily but this season Inter have often shown that defensive vulnerability. Also, the pressure of being the favourites could affect them as the majority of Inter players are not used to playing these types of games. On the other hand, Shakhtar don’t have much to lose in this game, this has been a fantastic season for them as they were again crowned domestic champions.

The winner of this game will play against Sevilla who eliminated Manchester United last night.