After a tough game with an unfortunate medical that caused their game to be suspended for a few hours, upon the restart Finland managed to get a tight 1-0 win against Denmark to get their first three points of the tournament and will no doubt be looking to add to it against a Russia side who were swept away 3-0 by Belgium. 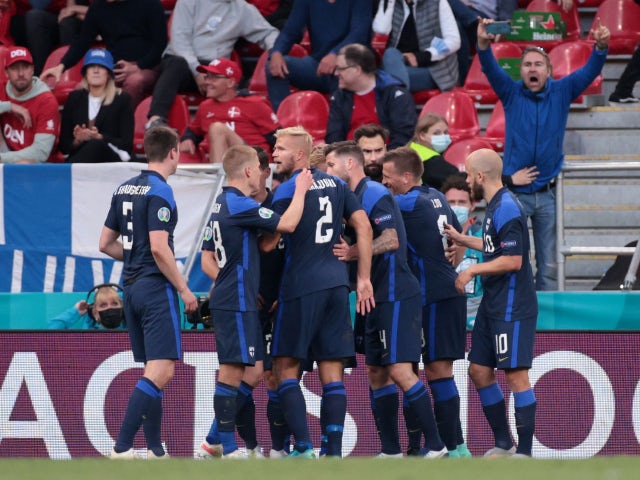 As we saw in that game home advantage counts for nothing, but Russia remain at home and will be hoping to find some of their 2018 World Cup form which saw them progress to the quarterfinals.

Russia boast an unbeaten run of games W4, D1 against their opponents in their last five games. Scoring 16 goals and conceding just three goals across those games.

Finland managed to keep a clean sheet in their first game, whereas Russia conceded three goals, albeit to a free scoring Belgium side.

Finland’s Teemu Pukki and Russia’s Artem Dzuyba need three and two goals, respectively, to become the outright top scorers for their nations. Both players are goalless in their last four internationals.

Daler Kuzyayev and Yuri Zhirkov (Russia) are both ruled out with injury.

Markku Kanerva, Finland: “Three points after just one game is of course great, but that is not enough for us. We have the next challenge, Russia, waiting already. We are going into the match with confidence having kept a clean sheet against a very good side.”

Stanislav Cherchesov, Russia: “Individual things need to be done with high quality at this level. Any small blunder decides everything.”

Russia have not lost to their opponents in more than a century and will be looking to pick up their first three points of the tournament to keep that run going. Although Finland ended a run of six games without a win against Denmark and will be looking to build on that to give themselves the best possible chance of getting out of the group stages especially as their last opponents in this round is against Belgium, who themselves are flying high after their win over Russia.

Russia should also take confidence that their previous two competitive defeats at home, both came against Belgium and if they pick up all three points here, they will go into their final game against Denmark on a high.

Do not rule out Finland though who will surely be on their own high after keeper Lukas Hradecky also saved a Pierre-Emile Højbjerg penalty to keep the Danes out, to help get all three points for his side.

Finland will surely be aiming for a maximum six out of six points from their first two games. Dark horses? Well, they might be if they beat Russia as well.