Champions League Matchday 4 witnessed some of the breath-taking actions, with Chelsea and Sevilla bagging late wins. PSG edged out Leipzig in a crucial encounter against Leipzig while Barcelona ousted Dynamo Kyiv even without their talisman Lionel Messi. 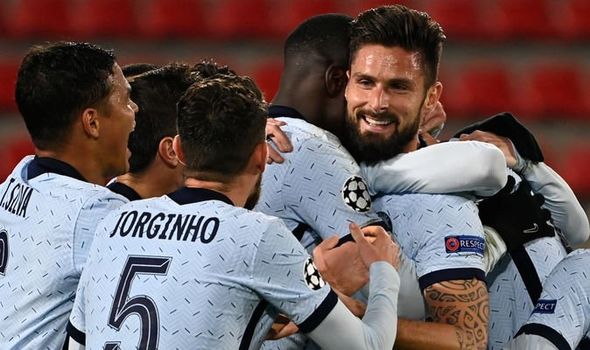 Chelsea managed to edge out Rennes after Oliver Giroud scored the winning goal in stoppage time. Callum Hudson-Odoi put the visitors ahead before Rennes scored the equaliser in the second half. Olivier Giroud turned out as the super-sub as he scored a thumping header in injury time to maintain the Blues’ steady run in the Champions League. The win also ensured Frank Lampard’s side a place in the round of 16.

Spanish striker Munir scored a late goal to send Sevilla to the next round. The Spanish club made their mark after an early goal from Ivan Rakitic however Krasnodar levelled it in the second half. Munir scored a brilliant goal in the eleventh, thus ending Krasnodar’s UCL journey. 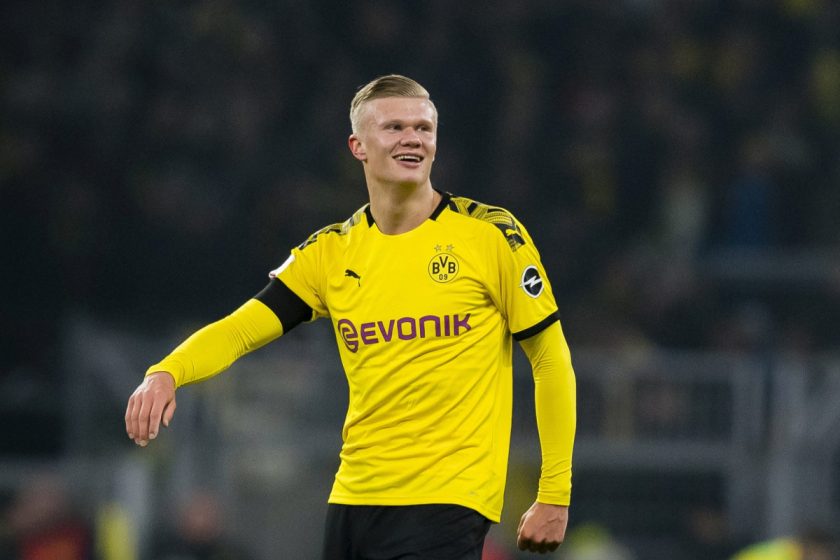 There is no stopping at the moment for Dortmund striker Erling Haaland, who hit a match-winning double against Club Brugge. Jadon Sancho also returned to his very best after a brilliant free-kick goal while also setting up a goal for Haaland. The Norwegian striker has 16 goals to his name this season and he is currently the top scorer of the Champions League.

Lazio vs Zenit (3-1): Immobile returns to Champions League with a bang

Having missed out the previous two encounters, Ciro Immobile announced his return by scoring a brace in Lazio’s 3-1 win against Zenit. The Italian striker also scored in Biancocelesti’s win against Crotone in the weekend. Simone Inzaghi’s Lazio have been impressive in the Champions League this season and the win has put them closer to achieve qualification for the next round.

Dynamo Kyiv vs Barcelona (0-4): Messi-less Barcelona thrash Kyiv to advance to the knockouts

Barcelona have continued their brilliant form in UCL with a thumping 4-0 win against Kyiv and the best part is that the Catalan club were able to do it without their star man Lionel Messi. Martin Braithwaite rose to the occasion by scoring a brace while also setting up two more. USMNT sensation Sergino Dest scored his maiden goal and Antoine Griezmann also chipped in with a late goal to complete four goals in the second half.

Juventus came from behind to stun Ferencvaros, who scored their first goal in the 18th minute. Cristiano Ronaldo cancelled it with a brilliant left-footed striker, which also marked his first goal of the Champions League this season, and Alvaro Morata scored the winning header in the stoppage time. The Bianconeri have sealed their place in the round of 16 after the win, while Ferencvaros have to hope for a spot in Europa League.

PSG have managed to win their crucial encounter against RB Leipzig, with Neymar Jr scoring the only goal of the game from the penalty spot. The French giants settled their scores with for their previous defeat against Leipzig.

Manchester United ran riot over Istanbul Basaksehir after beating them 4-0 at Old Trafford. Bruno Fernandes continued his rich vein of form after netting a double – includes a screamer from outside the penalty box – while Marcus Rashford and Daniel James also found the scoresheet. The win also served as retribution to their early 2-1 defeat against the Turkish outfit.